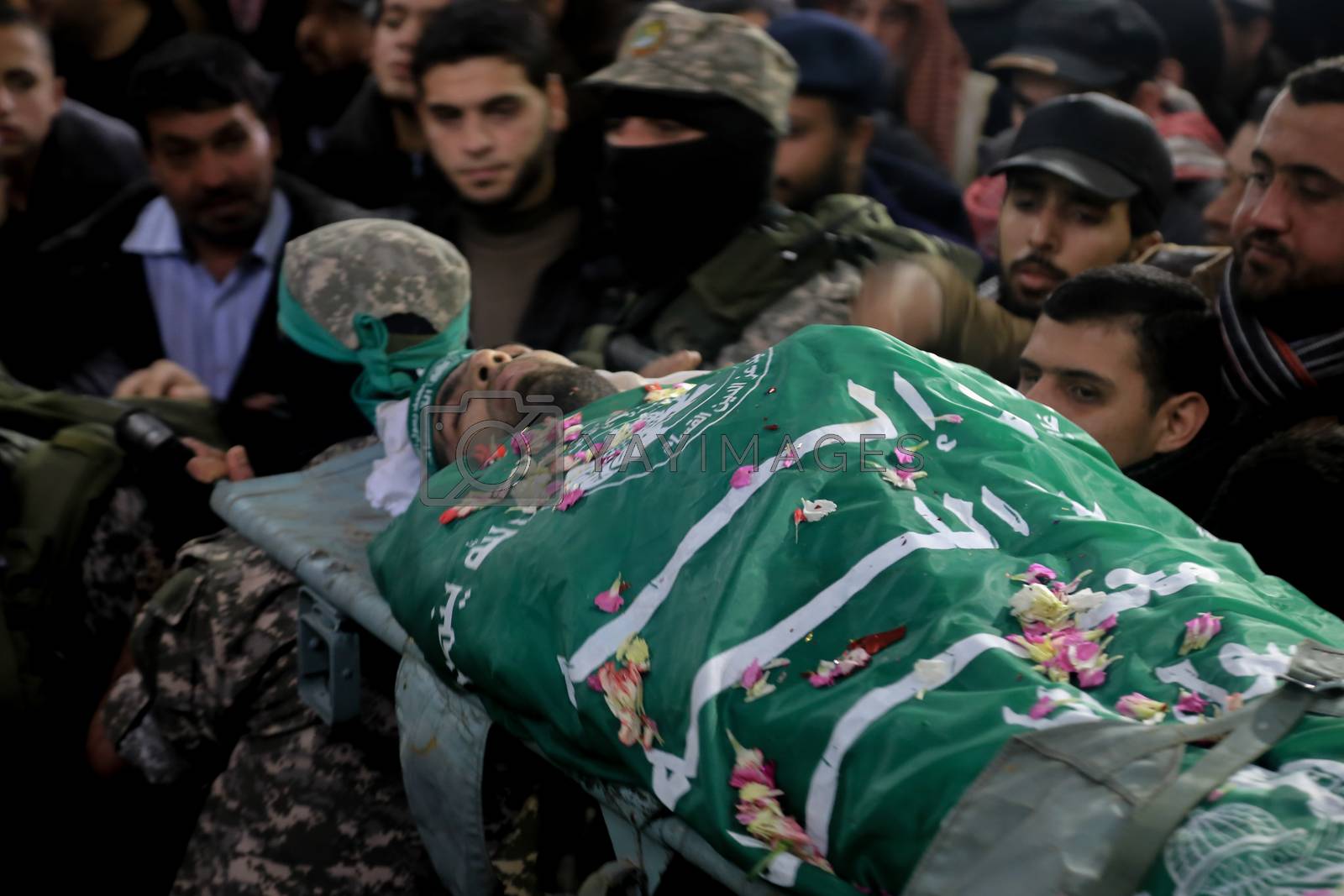 GAZA STRIP, Gaza City: Mourners carry the bodies of one of the seven Palestinian Hamas gunmen who were killed when a tunnel collapsed close to the Gaza Strip's eastern border with Israel during their funeral in Gaza City, January 29, 2016. The Ezzedine Al-Qassam Brigades, Hamas's armed wing, said that four militants managed to escape after the collapse late on January 26 in the northeast of the strip. Palestinian militants have used tunnels on Gaza's borders with Israel and Egypt to launch attacks on Israel, transport weapons or smuggle goods.